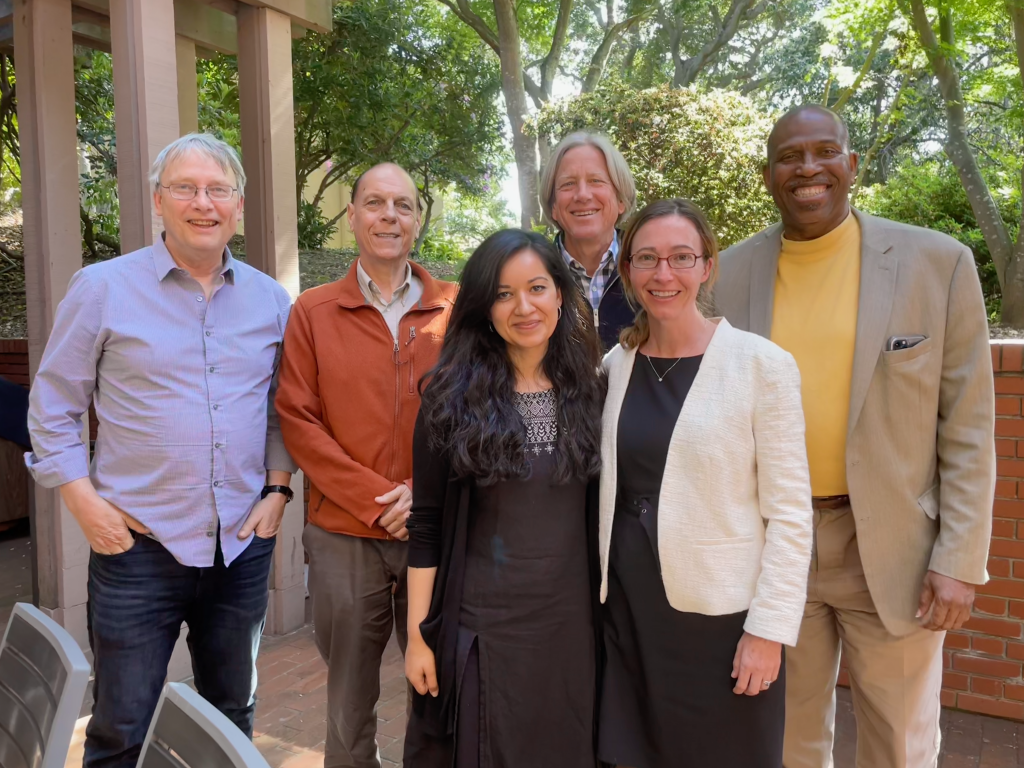 Smriti, after being quizzed on implicit theories of intelligence and academic motivation by her Qualifying Exam Committee. Onward and upward!

Importance of investing in adolescent education

On April 12-14, 2022, Professor Caroline Hoxby from Stanford came to UC Berkeley to deliver the prestigious Tanner Lectures on Human Values. Prof. Hoxby argued that early adolescence is a time when honing advanced cognitive skills is critical for future academic attainment and career opportunities. Silvia Bunge served as one of the three invited discussants, along with an economist from the University of Chicago (Prof. Erik Hurst) and a political scientist from Princeton (Prof. Jan-Werner Müller). The lectures and commentaries will be published as a book by Oxford University Press.

Lecture 1 & Discussion: The Fork in the Road: Adolescence, Education, and Economic Fatalism

Sulcal depth and its impact on cognitive skills

Ph.D. Student Willa Voorhies recently published a preprint on the tertiary sulcal development in children and their impact on individual differences in reasoning skills. Willa investigated how the depth of tertiary sulci in the Lateral Prefrontal cortex impacts the efficiency of local neural signals, finding that it improves these signals which underly cognitive skills. The depth of tertiary sulci is able to predict individual differences in reasoning skills beyond predictions from age.

Going Beyond Traditional Ideas of Brain Activity in Children

Ph.D. student Monica Ellwood-Lowe recently published a preprint entitled “What is an adaptive pattern of brain activity for a child? It depends on their environment.” This new research found that while children living above the federal poverty line tend to have better cognitive performance when having weaker connectivity between lateral frontoparietal and default mode networks, children who live in poverty show a trend in the opposite direction. Monica gave a presentation on this research at Flux in September and hopes this research will help inform further research on what it means to have optimal brain activity in many realms beyond the traditional classroom.

Professor Silvia Bunge recently received a grant in collaboration with Christa Watson and Marilu Gorno Tempini of UCSF’s Schwab Dyslexia and Cognitive Diversity Center. Their work will investigate how the different cognitive patterns in children with dyslexia can be adaptive and beneficial despite their difficulty with written language. This research will hopefully be able to serve as a way to eliminate stigma surrounding dyslexia and reframe the difficulties and skill sets among children with dyslexia.

Kevin Weiner, primary investigator at the Cognitive Neuroanatomy Lab, and Silvia Bunge were recently awarded a grant from the National Institute on Child Development. As primary investigators, Kevin Weiner and Silvia Bunge are researching how the emergence of sulci on the cortex influences the maturation of brain function and behavior. Their research will focus on the sulci in the prefrontal cortex and utilize behavioral and brain imaging techniques to further explain their role in higher cognitive functions.

We were recently awarded a NSF grant for collaborative research with David Kraemer at Dartmouth and Keith Holyoak and Hongjing Lu at UCLA. This grant will fund our investigation of how the brain represents abstract concepts. More specifically, we are interested in the representation of an abstract idea independently from the concrete topics that make up the content of that idea, if people represent concepts in an abstract manner spontaneously, and what neural markers reliably predict differences in reasoning capacity between individuals.  The hope for this research is that it can help identify how abstract thought and reasoning is represented, as well as inform how artificial intelligence systems can have more efficient learning mechanisms.

Professor Silvia Bunge and Ph.D Candidate Elena Leib recently published a paper showing that teaching reasoning skills does in fact hone reasoning skills that have lasting effects in students. Their findings were recently featured by Association for Psychological Science.

Congratulations to Elena, as this was her first publication since joining the Building Blocks for Cognition Lab!

We’ve just published a new paper showing that practicing reasoning skills improves efficiency of relational thinking, as measured on tasks that – on the surface – look nothing like the practiced ones.

Congratulations to Belén Guerra-Carrillo, the first author on this work! Belén just received her Ph.D. in the lab, and is now a Data Scientist working at Grammarly.

After years in Barker Hall, the Building Blocks of Cognition Lab has now moved across the street to its new home in Berkeley Way West. The move was in conjunction with the entire UC Berkeley Department of Psychology, which left Tolman Hall in anticipation of its impending demolition due to ongoing seismic concerns. 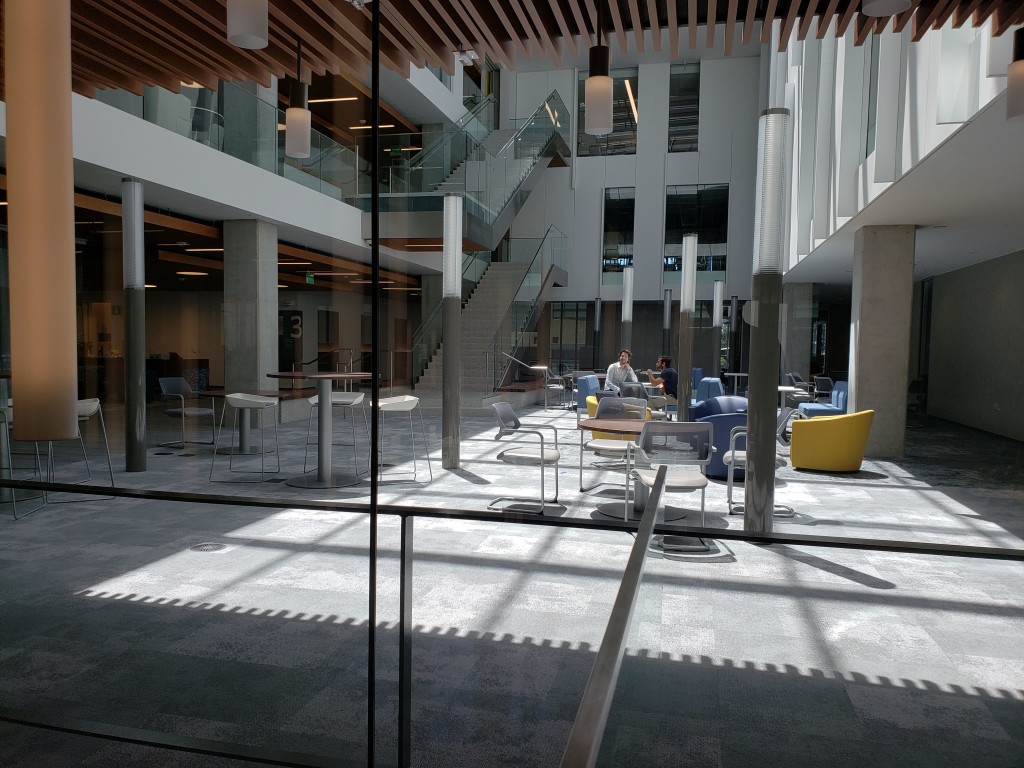